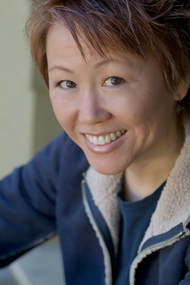 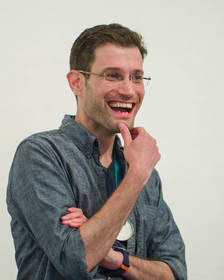 Alex London has written over 20 books for children, teens, and a few grown-ups. His young adult dystopian thriller, Proxy, was an American Library Association Top Ten Quick Pick for Reluctant Young Readers and included on their 2014 Best Fiction For Young Adults and Top Ten Quick Picks list, as well as many state reading and award lists around the nation. For younger readers, he's the author of The Wild Ones series (a Jr. Library Guild Selection), Dog Tags and Tides of War series, as well as the Accidental Adventures and two titles in The 39 Clues. At one time a journalist reporting from conflict zones and refugee camps, he has been a public librarian, a bookseller, and a snorkel salesman (really!). He lives with his husband and dog in Philadelphia, PA. Find him online at: www.calexanderlondon.com 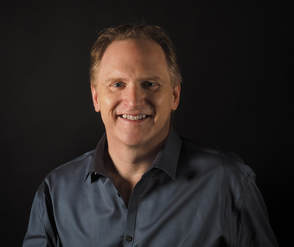 Robert Beatty is the author of the #1 New York Times best selling Serafina series published by Disney Hyperion, a spooky mystery-thriller about a brave and unusual girl who lives secretly in the basement of the grand Biltmore Estate.
Serafina and the Black Cloak was a #1 New York Times best seller, has been on the list for more than 59 weeks, and won the prestigious 2016 Pat Conroy Southern Book Prize. The second book in the series, Serafina and the Twisted Staff, became a #1 New York Times best seller in the first week of its launch and earned a “Starred Review” from Kirkus Reviews, which said, “Even better than its predecessor, a sequel that delivers nonstop thrills from beginning to end.” Enjoyed by both young readers and adults, the books are being taught in over a thousand classrooms nationwide. When the third book, Serafina and the Splintered Heart, came out in July 2017, it earned a Starred Review from Kirkus Reviews and propelled the Serafina Series onto the New York Times Best Selling Series List.
Robert Beatty lives in the Blue Ridge Mountains of Asheville, North Carolina with his wife and three daughters, who help create and refine his stories. He loves to explore Biltmore Estate and the darkened forest trails where his novels take place. He writes full-time now, but in his past lives, Robert was one of the early pioneers of cloud computing, the founder/CEO of Plex Systems, and the chairman/CTO of Narrative Magazine. In 2007, he was named an Entrepreneur of the Year.
Author Reception and Signing Event - Thursday October 5th, 2017 5:30pm-7:00pm​ 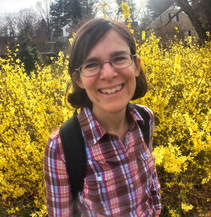 CeCe Bell - NCCBA Picture Book Winner - I Yam a Donkey
Cece Bell is an author and illustrator of books for children. She lives in an old church and she works right next door in a new-ish barn. Her graphic novel memoir, El Deafo, which chronicles her childhood experiences with hearing loss, received a Newbery Honor and an Eisner Award in 2015. Cece's other books include the Geisel Honor-winning Rabbit & Robot series, I Yam a Donkey, and Chuck and Woodchuck. She enjoys hanging out and discussing book ideas with her husband and frequent collaborator, author Tom Angleberger. 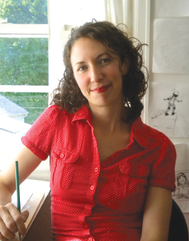 Victoria Jamieson - NCCBA Junior Book Winner - Roller Girl
Victoria Jamieson is an author and illustrator of books for children. Her graphic novel ROLLER GIRL was awarded a 2016 Newbery Honor. Her newest graphic novel, ALL’S FAIRE IN MIDDLE SCHOOL, arrived in September of 2017. She lives with her family in Pennsylvania. 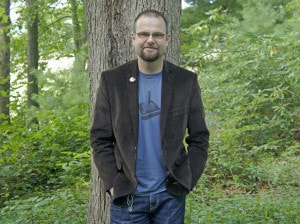 Alan Gratz
Alan Gratz is the bestselling author of a number of novels for young readers, including Samurai Shortstop, The Brooklyn Nine, Prisoner B-3087, Code of Honor, Projekt 1065, The League of Seven series, and Ban This Book. His latest novel is Refugee, the story of three different refugee families struggling for freedom and safety in three different eras and different parts of the world. A Knoxville, Tennessee native, Alan is now a full-time writer living in Asheville, North Carolina with his wife and daughter. Visit him online at www.alangratz.com. 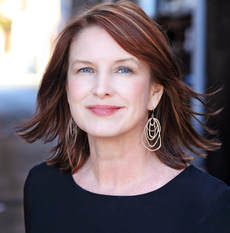 Joanne O'Sullivan
Joanne O'Sullivan introduces fascinating people and places to readers through articles and books, including her debut novel Between Two Skies (Candlewick, April 2017). Her award-winning science, sustainability and travel books for kids include Migration Nation (Charlesbridge, 2015) and the 101 Before You’re 12 series. She has lived in a sixteenth-century Italian palazzo and a modern Korean high-rise, but now calls beautiful Asheville, North Carolina home. When she and her environmental activist husband and artistic kids aren’t out in the woods, she’s usually planning her next big trip to faraway places. www.joanneosullivan.com 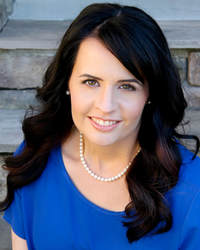 Camille Andros
Camille Andros is the author of Charlotte the Scientist Is Squished, her picture book debut. She loves asking questions and won first place in the school science fair when she was in Kindergarten. She lives in Chapel Hill, North Carolina, with her husband and six children who know a little something about being squished.Visit Camille online at camilleandros.com.

Kathleen Burkinshaw
Kathleen Burkinshaw is a Japanese American author residing in Charlotte, NC. She’s a wife, mom to a daughter in college, and owns a dog who is a kitchen ninja. Writing gives her an outlet for her daily struggle with chronic pain. She has presented her mother’s experience in Hiroshima to schools and at conferences for the past 8 years. The Last Cherry Blossom, is a SCBWI Crystal Kite Award Finalist (southeast region) and 2016 Scholastic WNDB Reading Club selection. kathleenburkinshaw.com 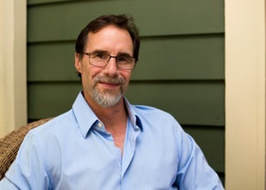 Ralph Hardy
Ralph Hardy graduated from the University of North Carolina with a degree in English and received his MFA from Columbia College, Chicago. He now lives in Chapel Hill with his wife and children and a dog named Harvey.  He teaches English composition at NCCU, and in addition to Argos, is the author of two self-published novels, Lefty and The Cheetah Diaries. Ralphhardyfiction.com 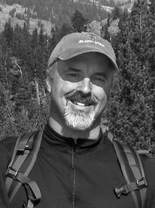 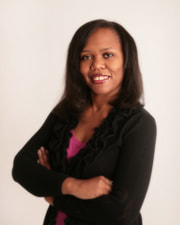 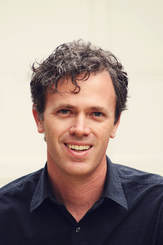 John Claude Bemis
An inspiring speaker and entertaining performer, John Claude Bemis received the Excellence in Teaching Award from UNC Chapel Hill’s School of Education for his work as an author-educator in schools around the state. He is the author of seven books including The Wooden Prince, a re-imagining of the Pinocchio story and the first in his Out of Abaton series from Disney-Hyperion Books. His novel The Nine Pound Hammer was a New York Public Library Best Children’s Book for Reading and Sharing and a NC Battle of the Books selection. John was chosen as North Carolina’s Piedmont Laureate for children’s literature. A musician and former classroom teacher, he lives with his wife and daughter in Hillsborough, NC. Visit him online at johnclaudebemis.com. 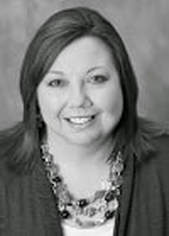 Maria Bostian
Maria Bostian is a Montessori educator with a passion for safety! This passion has helped her write two fire safety books with the hopes of more books to come. When she isn’t teaching others how to be safe, she can be found writing under a pecan tree, walking with the world’s sweetest mutts, or cruising around town in search of the next great picture book idea.
Bostian’s debut picture book, What Should Daisy Do?, was released with Ambassador International in 2014 and her second book, Firefighters’ Busy Day, in 2016. 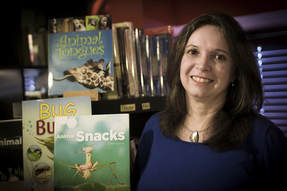 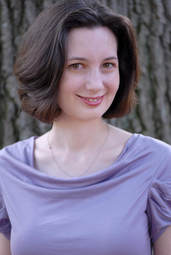 Megan Bryant
​Megan E. Bryant has written more than 250 children’s books (including a New York Times bestseller) for ages ranging from babies to teens. Two of her books, Mythlopedia: Oh My Gods! and Mythlopedia: She’s All That! were named 2009 VOYA Nonfiction Honor Books. As a former children’s book editor, Megan had the opportunity to edit more than 325 books and learn the inner workings of the publishing industry, experience that she uses to help emerging writers navigate a complex industry. Megan will have six new books launching in 2017 and 2018, including a new series from Scholastic called The Pocket Geniuses and her YA debut, Glow. Learn more about Megan and her books at www.meganebryant.com. 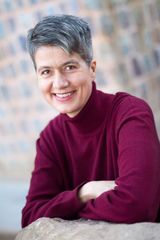 ﻿Monika Schröder﻿
Monika Schröder grew up in Germany and has worked as elementary school teacher and librarian at American international schools in Egypt, Chile, Oman and India. Monika's book SARASWATI'S WAY (Farrar, 2010) is set in India and won the SCBWI Crystal Kite Award. Her novel THE DOG IN THE WOOD (Boyds Mills, 2009), set in East Germany in 1945 and based on her father's experiences at the end of World War II. Her novel MY BROTHER'S SHADOW (Farrar, 2011) is set in Berlin 1918 and was a nominee for the 2014 New York State Reading Association's Charlotte Award. Her latest novel, BE LIGHT LIKE A BIRD  (Capstone, 2016), is a nominee for the 2017/2018 North Carolina Youth Book Award. She lives in Mars Hill with her husband and dog. 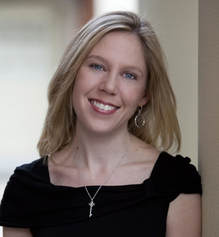 Stacy McAnulty
Stacy McAnulty is a children’s book author, who used to be a mechanical engineer, who’s also qualified to be a paleontologist (not really), a correspondent for The Daily Show (why not), and a Green Bay Packer coach (totally!). She is the 2017 Ezra Jack Keats New Writer Honor Recipient for Excellent Ed, illustrated by Julia Sarcone-Roach. Her other picture books include Earth! My First 4.54 Billion Years, illustrated by David Litchfield; Brave and Beautiful, both illustrated by Joanne Lew-Vriethoff; Mr. Fuzzbuster Knows He’s the Favorite, illustrated by Edward Hemingway; and 101 Reasons Why I’m Not Taking a Bath, illustrated by Joy Ang. She’s also authored the chapter book series Goldie Blox, based on the award-winning toys, and The Dino Files. Her debut middle grade novel, The Miscalculations of Lightning, will publish in May 2018. When not writing, Stacy likes to listen to NPR, bake triple-chocolate cupcakes, and eat triple-chocolate cupcakes. Originally from upstate NY, she now lives in Kernersville, NC with her 3 kids, 2.5 dogs, and 1 husband. 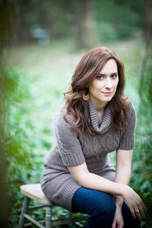 Megan Shepard
New York Times bestselling author Megan Shepherd grew up in her family’s independent bookstore in the Blue Ridge Mountains. She is the author of several acclaimed young adult series and the middle grade novel The Secret Horses of Briar Hill. She now lives and writes on a 125-year-old farm outside Asheville, North Carolina, with her husband, two cats, and an especially scruffy dog. 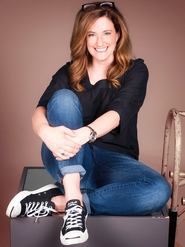 Amy Cherrix
Amy Cherrix is an author who wears a lot of hats. She works as a independent children's book editor and moonlights as the children's book buyer at her hometown bookstore, Malaprop's, in Asheville, NC.
Amy is no stranger to severe weather, having lived through six hurricanes, two floods, a desert sandstorm, and more blizzards than she cares to count. She has always loved science, especially meteorology, and jumped at the chance to write about the weather in her middle grade non-fiction debut: Eye of the Storm: NASA, Drones, and the Race to Crack the Hurricane Code, as part of Houghton Mifflin's award-winning Scientists in the Field series.
These days Amy is hard at work on her second non-fiction book in the Scientists in the Field series. Backyard Bears: Conservation, Habitat Changes, and the Rise of Urban Wildlife publishes on October 23, 2018. Set in Asheville, North Carolina, Backyard Bears tells the true story a group of wildlife biologists who are studying Asheville's growing urban black bear population.
To learn more about about Amy, her books, and to download study guides, visit her online at www.amycherrix.com. Follow her on Twitter, @acherrix.